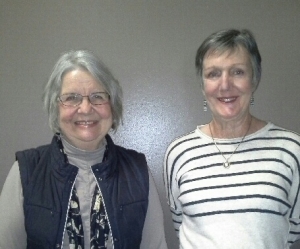 Our connection with Bridge began when we had introductory Bridge lessons in 2000. However it was not until after our retirements in 2007/2009 that we have been able to play competitively at the Gunnedah Bridge Club. Our Club plays two afternoons a week and we play together once a week.

The Club saw the need to recruit new members, so both having come from a teaching background (though by far not the best Club players) we volunteered to take on the Bridge Teaching role back in 2010. We were aware of the importance of the “What” as well as the “How” in course development. We completed the ABF Teachers’ Accreditation exam at that time and became members of the ABFTA network. In seeking the “What” to teach we also became aware of Joan Butts’ appointment as National Teaching Coordinator of the ABF. We feel very fortunate to have been introduced to Joan’s Modern Bridge Methods and her teaching materials, and, as a result our teaching direction has been greatly advantaged. Joan’s workshops have been invaluable with our own game continually improving. The adage “that those that teach learn” has once again been the case.

As Bridge teachers it has been a reward to see the number of new members joining the Gunnedah Bridge Club and so help our Club continue to be viable and grow in regular numbers. Most importantly our rewards are seeing our students enjoying this wonderful game of Bridge and keen to continually improve.

We offer a Beginner’s course with a follow up Improver’s course on an annual basis. We also held a session for regular club players using Joan Butts’ Modern Methods and hope to deliver more sessions in his area, in the near future.