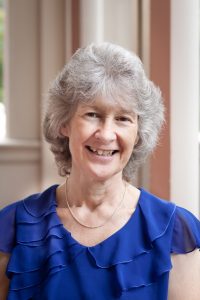 How did you discover Bridge? When did you first start playing?
My father taught me to play bridge when I was 17, on our passage from England to Australia aboard the MV Canberra, but I didn’t return to playing bridge until 2004, on encouragement from a friend, when I separated from my husband.

Why did you decide to become a Bridge Teacher?
I have always loved teaching. I taught CRE in primary school for 10 years. Many people have described me as a born teacher, and what better thing to teach than playing bridge, which I have to come to enjoy so much.

What do you enjoy most about playing/teaching Bridge?
I like the mental challenge of playing bridge, the social aspect of having a very large network of bridge friends, a desire to always to try and do better and to encourage others to do the same by becoming better bridge players.

Tell us something most people don’t know about you?
I lived in Tripoli, Libya for 6 years with my family in the 1960s, and during the six-day war in June 1967, was confined with my mother and sister within our villa, with all the shutters down with suitcases packed at the front door with ‘British Embassy’ written on them, in case of the need of an emergency evacuation. During that time my father continued to go to work with an armed escort. Algerians troops were reportedly advancing across Libya on their way to Egypt.