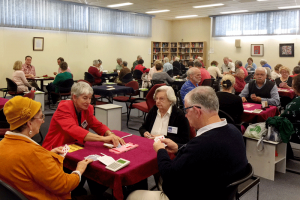 “It is always a pleasure to see graduates from Beginner lessons and Supervised sessions move on to duplicate play, and into congresses and national competitions such as the Summer Festival,” President Pam Crichton says when asked about Canberra Bridge Club (CBC) achievements.

Helping CBC’s members through this transition is the club’s Novice Coordinator program and its three regular teachers – Barb Toohey, Ann Pettigrew and Jeanette Grahame, who are all ABF Accredited Teachers.

Since 2015, Jeanette and Ann have shared the role of Coordinator for Novice players. As they are both CBC teachers, they have got to know the players and can assist in a more personal way.

“They are the point of contact for new and returning players; they follow up beginners and supervised players and encourage them throughout the classes; and they provide information via weekly email, both about bridge itself (things that are not taught in lessons) and about coming events or activities appropriate for them,” Pam says.

“The Coordinators follow each player’s progress through beginners and supervised, and into duplicate play. They keep in touch with them and are always available to be contacted for advice or information.”

Pam says there is a continuity within the education program, with Barb taking most lessons with assistance from Jeanette and Ann. However, emphasis is put on Jeanette and Ann taking lessons “just to make sure they know, and are known by, the players”.

“We feel sure that the personal attention for novice players has assisted in increasing the retention at the club.”

“Beginner courses are our major source of new players. During the year, three sets of Beginner lessons are offered by the CBC. Each set offers a night time and a morning course. Once a year CBC also hosts and teaches a set of daytime lessons for U3A,” Pam says. 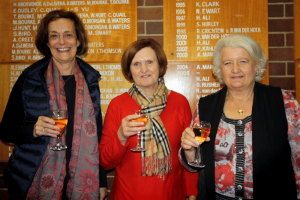 “Our Beginners lessons run for six weeks and include one free supervised session at the end of the course. The emphasis is on playing cards as much as possible during the lesson time.

“The players are supported by the Coordinators even before the course begins, and they receive weekly contact and emails throughout the course.”

All of CBC’s members are encouraged to keep developing their skills, through plenty of lessons and workshops.

The club is implementing two four-week sets of Lessons for Continuing Students, offers

occasional Intermediate lessons with either local or visiting teachers, and at times has an expert speaker to discuss hands after the monthly Nation-Wide Pairs session.

“Once a week, before a morning session, a half-hour class, called ‘Master the Basics’, is held. This is aimed at regular duplicate players, offering different topics to help advance their play,” Pam says.

“Our Supervised lessons have attracted players from other clubs, as well as some of our own duplicate players who occasionally come to a specific lesson for a ‘refresher’.”

“Supervised sessions are essential to keep everyone comfortable.” 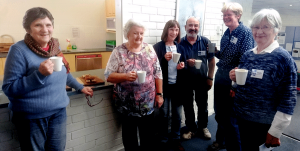 CBC’s Supervised sessions offer a short lesson and a tea and coffee break before a duplicate session within their own group. Boards are provided which focus on the topic of the lesson, and hand records are placed behind each board for a quick discussion at the end of each hand. Complete hand records are given at the conclusion of duplicate play.

“These Supervised players play in their own section, often with two movements. While the Supervisor is there to assist, they play a ‘normal’ session as far as is possible, at the same time as the regular duplicate movement taking place in the same playing room.

“We think that the pre-play lessons combined with the half time coffee break may help to instil a sense of camaraderie amongst the newer players.

“A Buddy system is offered to supervised players who may be ready to try a session of duplicate play. The buddy is not the same as a mentor. A buddy will introduce the new player to a particular session of their choice, by guiding them in what to do, and introducing them to the other players.

CBC’s busy schedule doesn’t wind down over the holidays, with Supervised sessions held throughout the summer months.

“In the past few years, the supervised sessions have continued throughout December and January with fill-in volunteers and no lesson beforehand. It was thought that we lost players through a summer break.” 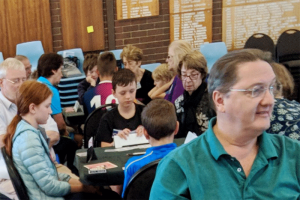 The Club also offers a school holiday program, which has been so successful the idea of offering it twice in each holiday period is currently under discussion.

“Bridge For Kids is a session run on a morning in the school holidays. The emphasis is on friendly card play, with food provided,” Pam said.

“The children play a variety of card games including bridge. They are accompanied by a guardian (usually a grandparent who belongs to our club) and the club provides at least half a dozen volunteers to assist at the tables.”

Pam says social events are organised for club members to mix and mingle, including events that aren’t based around the bridge table.

“We try to hold a number of social occasions for the whole club, such as lunches on Seniors Day, Melbourne Cup Day, Christmas parties and an annual Quiz Night,” she says.

“Morning tea is provided during Beginner lessons and Supervised sessions to encourage social interaction within and between the two groups. The teachers have also trialled social ‘lunches’ following play, to include the Beginners and Supervised players.”

The club runs one-off Novice and Restricted events on a Sunday to introduce the concept of extra competitions, with each event always incorporating drinks and nibbles afterwards and occasionally a lesson at the start. 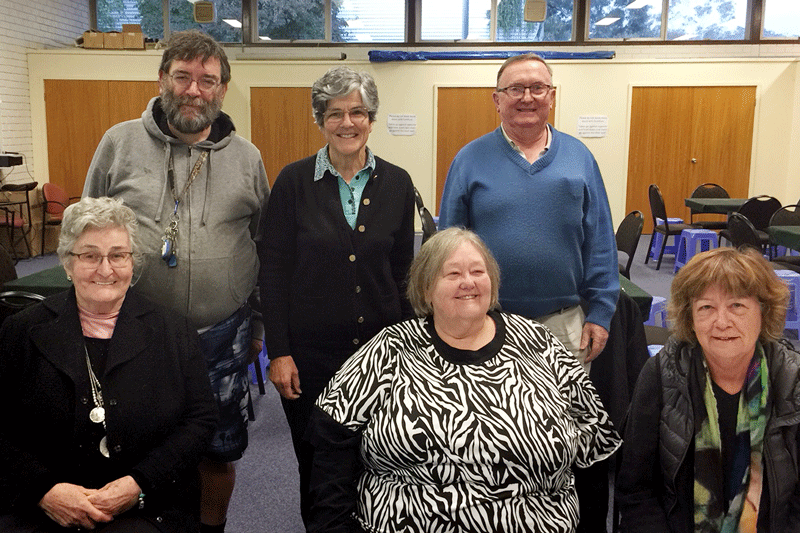 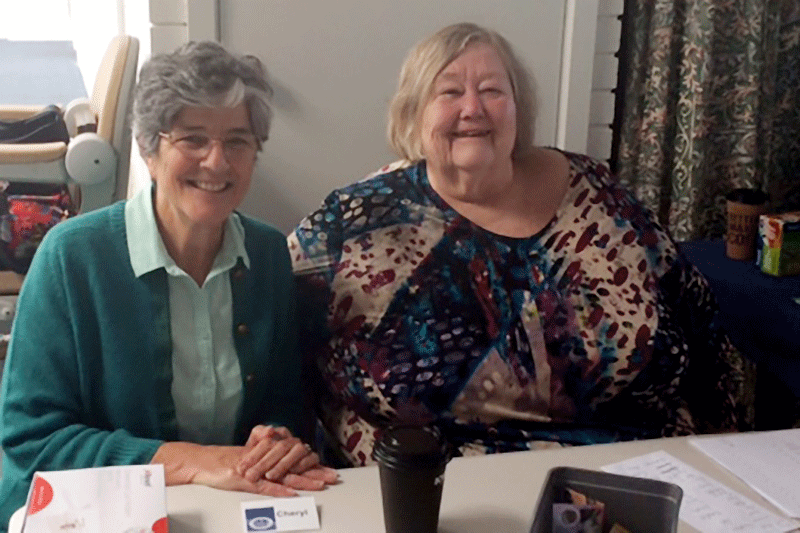 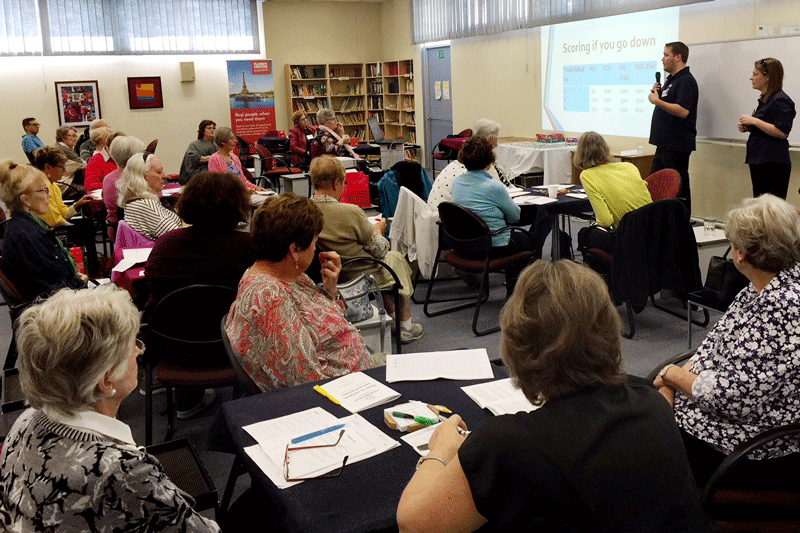 Workshop with Pete Hollands and Laura Ginnan at Canberra Bridge Club in April 2018. 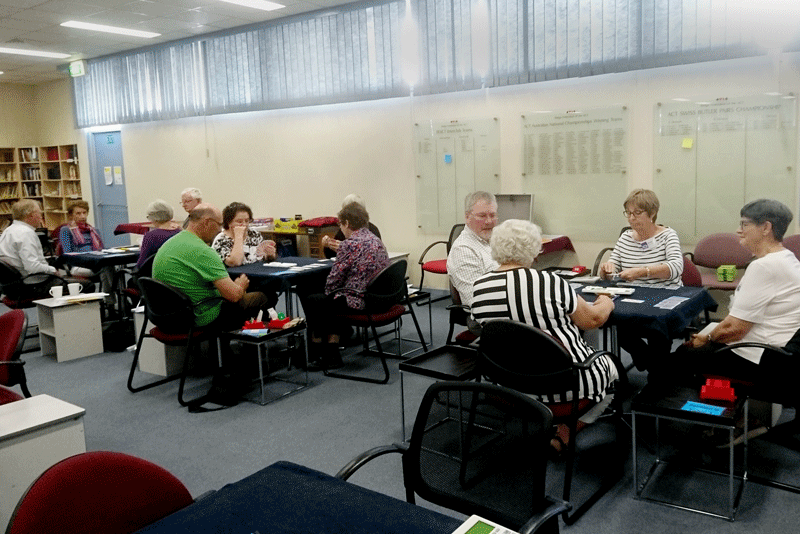 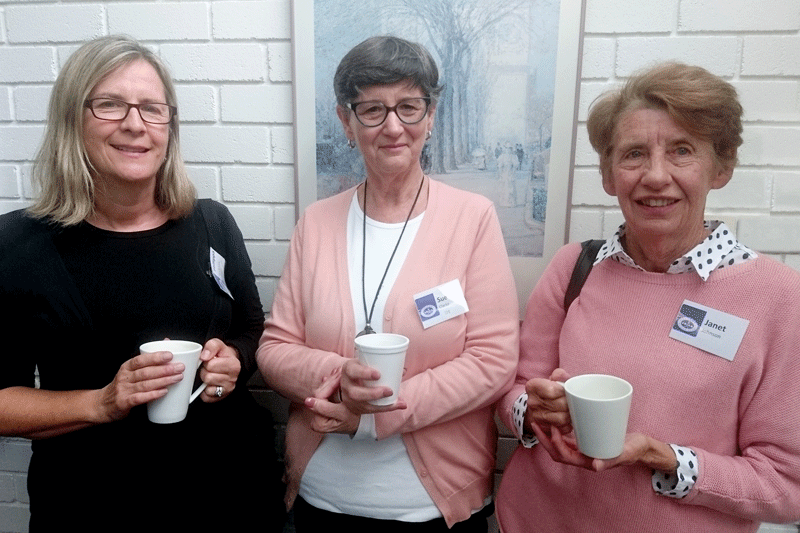 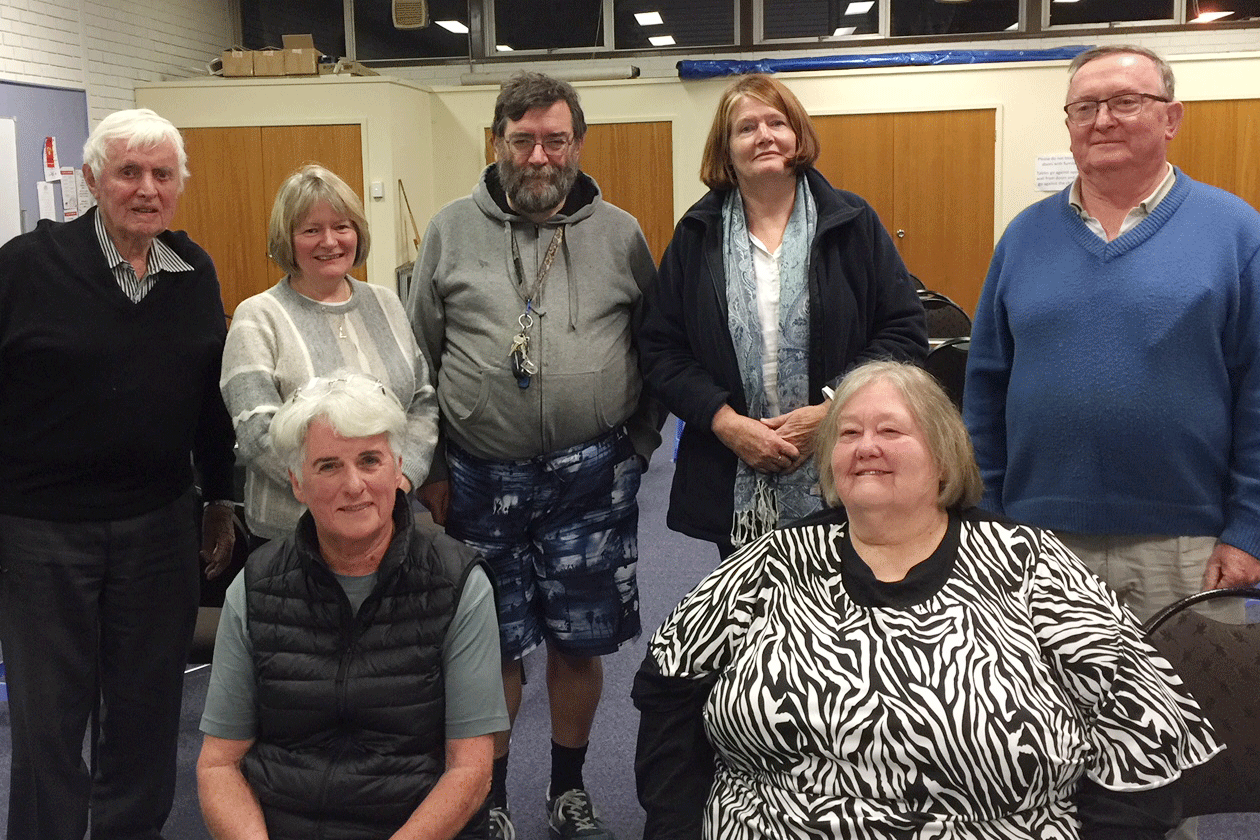